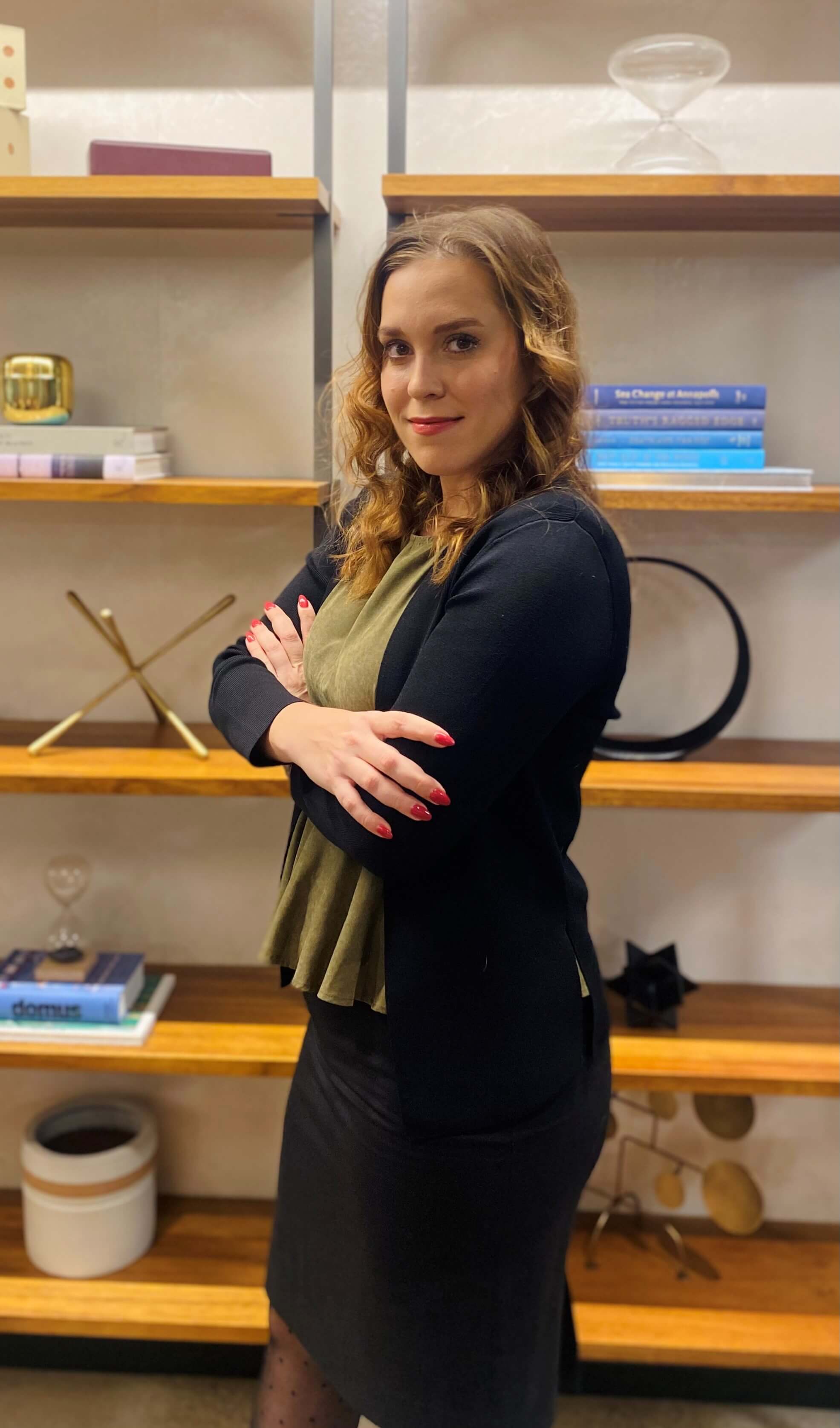 Megan is a native of the Chicago area — she grew up in Wilmette, where she played competitive sports and participated in musical theatre.

In 2011, Megan graduated from Indiana University with a degree in English. After a brief stint in New York City working as an Executive Assistant, she returned home and started a career in the staffing industry. Russ Larko recognized Megan’s “gift for gab” and her innate ability to connect with people. What she enjoys most about working at TLG is making matches between administrative talent and blue-chip clientele in addition to mentoring junior staff members.

When she is not networking with candidates and clients, Megan enjoys spending time with her French bulldog, Boo Radley, finding the best Cosmopolitans in the city, and working out at CorePower Yoga.

Ask Megan about anything true crime or French bulldog related.

First Job: I worked on the floor at Designer Shoe Warehouse

Favorite Childhood Memory: Playing in the backyard with my brother

What I enjoy most about working at The Larko Group: I can be my authentic self while helping people to change their lives